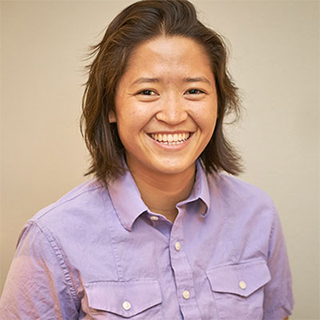 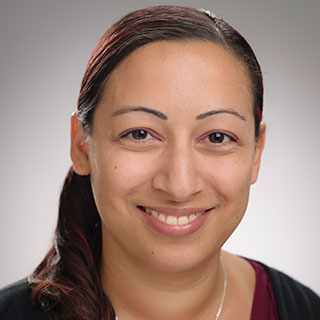 I was born and raised in Brussels, Belgium. I was not destined to go to university; nobody in my family had yet graduated from high school. However, access to higher education in my country came along right in time for me. I came to the United States to do a postdoc at Washington University in St. Louis and remained there for 35 years. When I retired, I returned to my native Belgium and I am currently living in Brussels surrounded by my many friends.

There was no space science when I was growing up! However, I was good in math and science and I read a lot, and not just about science. When I first heard about meteorites (mid-way through graduate school, in a talk by Brian Mason who was then the meteorite curator at the Smithsonian), I was fascinated by the fact that they could give us information about the early solar system from well over four billion years ago.

While at the University of Brussels I became particularly interested in radioactivity. During my last year I took a course in radioactive methods applied to the geological sciences. While taking this class, I was offered a job by the teacher, Edgard Picciotto. Picciotto had wintered over in Antarctica during the International Geophysical Year (IGY: 1957-8) and was pioneering the use of isotopic methods in Antarctic ice. After a while, I asked to be considered as a Ph.D. candidate. (I was frustrated by my supervisor who did not do much and would take the results of my work to the boss as her own). Picciotto took me on as a Ph.D. candidate and from then on everything was wonderful -- I had entered a new life that held the joy of discovery.

While a Ph.D. candidate, I developed the Pb210 dating method and studied fission products in polar snows. This was at a time when no women went to Antarctica. Needless to say, I had no idea that someday I would finally get the opportunity to go there.

The transition to space science (actually the study of meteorites) came about due to the Ph.D. requirements in Brussels: I had to come up with an idea for another Ph.D. thesis. It was at this time that I had noticed that estimates of the flux of interplanetary dust on Earth varied over nine orders of magnitude. I suggested that the flux could be better estimated using Mn53 (which is induced in space by cosmic rays on interplanetary dust) in Antarctic ice. This led me to read most of what was known about meteorites in the early 1960s. From then on, the study of extraterrestrial matter became a passion for me.

What is a Professor Emerita?

I am retired now and hold the position of professor emerita. Apart from the thrill of research, when I was active in the field I most enjoyed training and interacting with an exciting group of gifted graduate students whose postgraduate accomplishments are still a constant source of pleasure.

I had met Bob Walker at a conference on meteorites and he offered me a postdoctoral position in his laboratory. The first "big" event was certainly the arrival and study of the Apollo 11 lunar samples. Our group was one of only 150 worldwide selected to analyze them. We studied the cosmic rays and the radiation history of the lunar samples using mainly nuclear particle tracks, which were revealed by techniques invented by Walker. We worked non-stop (every day and every evening, except for Saturday mornings which were reserved for grocery shopping and apartment cleaning) until the first Lunar Science Conference in early January 1970 in Houston, Texas where we arrived with our science paper after having worked "incommunicado" for four months. It was intense, but great fun.

Then there was the search for meteorites in Antarctica. It was the accomplishment of an old dream -- one which I thought would never be realized as I had changed fields. However, in the mid-1970s it became obvious that Antarctica could become a great source for meteorites. Thanks to Bill Cassidy, who led the Antarctic Search for Meteorites (ANSMET) for so many years, I participated in two meteorite search expeditions. I truly loved these experiences. After the first trip, Bob Walker (whom I had married in the meantime) claimed that there was only one crazy person in the family, but he nevertheless joined me for the second experience, this time in the gorgeous Beardmore area.

And then there is the infinity of "smaller" moments: finding the answer to a longstanding question in the middle of the night ... working with graduate students, seeing them develop and watching their postgraduate accomplishments.

Edgard Picciotto. He was the person who really made a scientist out of me. He was a wonderful mentor and from him I learned to look at all aspects of a problem with a critical mind, which was definitely not a part of the curriculum in European universities at the time. I learned to be rigorous, to take all data into account whether they favored one's prejudices or not and first and foremost I learned to write. Picciotto dissected my Ph.D. thesis for both content and style and I never forgot this lesson (which I then subsequently used with all my graduate students).

Attend conferences. I took my graduate students to conferences as soon as financially possible, even in their first year when they had no results to present. I remember going to my first conference (only after completing my Ph.D.) I came back feeling so excited: a Nobel Prize winner asked the first question after my presentation. I also made contacts that proved useful later on, and received two postdoc offers.

Presenting a paper at a conference is also an opportunity for students to pause and reconsider where their project is heading, and hone their skills to write an abstract and verbally present the essentials in a logical and convincing way.

I love to travel, I swim every day, I have always enjoyed reading, music—and now I have time for my friends.

For all: Go for what you really want to do (and have fun along the way). Learn to write well -- it is indispensable. Be visible: Attend and contribute to scientific meetings and make contacts. I really enjoyed collaborating with others and these collaborations were mainly established at scientific meetings.

For graduate students: Carefully choose your mentor -- you will have to work with him/her for a few years. Looking back, I see that a lot of "luck" (for lack of a better word) and chance encounters aided my career. And, finally, do not be afraid to take some risks ... sometimes.