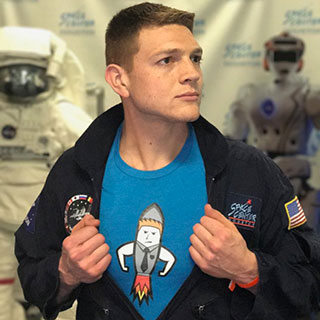 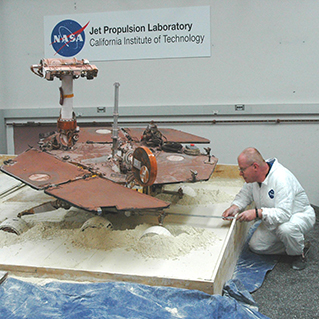 Susan Niebur passed away on February 6, 2012 after a lifetime of love, crusades, and strength. Over the last five years she lived with inflammatory breast cancer, a rare and aggressive form of breast cancer that presents without a lump. She chronicled her life with cancer here on her blog Toddler Planet with honesty and emotion that were even more rare and aggressive.

She is survived by her family, friends, achievements, and the indelible marks she made on people around the world. In lieu of flowers, please consider furthering Susan's legacy through a contribution to the Inflammatory Breast Cancer Research Foundation. Or please choose to make a difference somewhere, anywhere, to anyone.

I can't begin to describe how her friends, those physically nearby and those she knew only on the internet, enabled her to carry on through five years of treatment and recurrence. Many of you have commented on Susan's strength and grace, but these were traits that she pulled from all of you.

Trained as an astrophysicist, Susan Niebur (1978-2012) was a former Discovery Program Scientist at NASA and contributed to space-science policy. She founded the Women in Planetary Science and Toddler Planet websites. Name suggested by A. Sohus. 113394 Niebur (2002 SN21)

"Susan, your exemplary leadership abilities have helped many women in the field, both planetary and astrophysics, and by helping them figure out ways to cope with the specific issues and concerns when blending family and career ... There's a fabulous quote on this, it's from Ruth Benedict ... 'I long to speak out the intense inspiration that comes to me from the lives of strong women. They have made of their lives a great adventure.' Susan, you are the strongest woman I know."

In her own words, Susan shared these thoughts on her career:

I was born on Fort Sam in Houston, Texas, and grew up in Jackson, Miss.

I remember writing away for lithographs from the Johnson Space Center (JSC) and being so excited when they arrived -- I was the only person I knew to have actual pictures of the planets and correspondence from NASA. (I think I kept even the envelope that they came in all the way through middle school.)

"I remember seeing pictures of every astronaut that had ever flown in space and piped up, 'Why aren't there any woman astronauts?' It was on that day that I decided that my dream was to work for NASA, even if there weren't any girls there yet. Someday there would be, and I was going to be one of them."

However, there is one particular moment in my childhood that stands out.

When I was a little girl, my parents took me to museums, parks and historical sites wherever we traveled. One time when I was three years old and while living in Galveston, Texas, we went on a tour of JSC.

We went and saw everything, from the building where the old neutral buoyancy lab was, to the inside of mission control. I remember playing on the Saturn V rocket with kids from all around the country too.

Before we left we made one last stop: the one-room visitors' center where we admired the spacesuits. Leading up to the exit was a long blue wall with pictures of every astronaut that had ever flown in space. I stood there for a while, looking into their eyes, and was transfixed, as my mother says. Then I noticed something, and piped up, 'Why aren't there any woman astronauts?' It was on that day that I decided that my dream was to work for NASA, even if there weren't any girls there yet. Someday there would be, and I was going to be one of them.

I worked very hard in school, because I knew that to be selected as an astronaut or to work at NASA as a scientist I would have to be very, very good, if not the best. NASA sent out information on the necessary preparation for astronauts, but not for scientists, so I followed the astronaut application as if it were a map for years and years, taking every science course I could get my hands on and winning awards in math and science. I led the statewide Mu Alpha Theta (math) organization in high school and discovered I loved public speaking and organizing, and I added those talents to my list as I went to college.

Then, Physics 101 hit. As it turned out, I wasn't quite as good as I thought I was -- but I worked very hard and mastered not just 101, but graduate courses as an undergraduate, finishing my degree early, with research in experimental chaos under my belt.

I was on my way to a career in chaos when I met my husband, an aerospace engineering student who also had "the NASA dream." Together we realigned our interests to our original goals, getting Ph.D.s in physics (me) and planetary science (him), so that we could fulfill our dreams of working for NASA or on NASA missions.

I didn't know anyone who worked for NASA, but my father introduced me to scientists at his workplace (the University of Mississippi Medical Center), both male and female, and I respected them. I didn't really take any of them on as role models, because none of them seemed to be living my dream: a career in science, with a spouse equally enthusiastic about his career in science and enough time for the children I knew we'd have some day. (I was friends with many of those scientists' children, and I heard the kids talk about how they didn't get to see their dads enough. It made me sad, and I didn't know how to fix it. I guess I just assumed that when it was my turn, things would have changed, and it would be easy for me to have it all.)

What are your main roles at NASA?

I am a former Discovery Program scientist at NASA headquarters. I also run Niebur Consulting, a practice with two active NASA grants. The fast-paced, flexible practice gives me time to think deeply about space science policy and conduct independent research on the history of space science missions, the success of women in planetary science, and the factors that contribute to successful development and launch of space science missions. This research is supported by the NASA History of Scientific Exploration of Earth and Space program, and is complemented by outreach efforts, which include a series of interviews and community-building at Women in Planetary Science, a site created to build community and facilitate discussion about removing barriers to success. In addition, I also review proposals for NASA and other organizations, consult for for major aerospace companies and research institutions on proposal strategy and planning, and put together science teams for future mission proposals. I am immersed in social media both personally and professionally.

Well, I "retired" from NASA in 2006 after I had our first child and my telecommuting option was taken away. I was sad about that for quite a while, but I built my own business consulting with organizations and industry partners about future mission concepts and teams. I've been able to do my own research, most of it NASA-funded, on the history of the Discovery Program that I was part of at NASA headquarters, and I publish papers twice a year.

Lately, I've been invited to speak at panels such as the Women and Mars conference in Washington, D.C. (November, 2011), where I get to speak out about the planetary science profession as a whole, and what I've learned in my research. I really enjoy public speaking and sharing data with others who can then put it to use for their own needs. My favorite moment, hands-down, would have to be the first time I stepped up and did that on my own. In 2008, without a job or anyone besides my husband to back me up, I held a Women's Networking Breakfast at the Lunar and Planetary Science Conference. I reserved a small room out by the pool that you could only access through the garage -- it was miserable! -- but it was the only room available to someone without official credentials or mission work, like me.

I wanted to gather the women together to address issues that I'd heard discussed year after year in the hallways and in the bathrooms -- frustrations with the difficulties inherent in the field, such as getting funding, changing jobs, serving on missions, and balancing work and family; difficulties that are only made worse by the fact that most of the women in this field are also married to men working in the field or in closely related disciplines. It was a gamble, but it paid off -- we had over 100 women attend, and they were eager to share their concerns and work towards resolving them in ways that helped the community as a whole.

Now the breakfast is an annual event, attended by 150-plus women, including management from NASA headquarters. It is thrilling to see a room full of energetic, passionate women mentoring each other in real-time and making plans to do more throughout the year -- and to have NASA headquarters there too, listening.

There are so many career paths in planetary science, I've decided, after interviewing almost 50 women for a project on our web site, Women in Planetary Science, that there really is room for anyone to make their own. The important part is knowing what you want out of life, and then finding a way to make that happen. Want a career at NASA headquarters? Then get top grades and nourish a passion for making things right behind the scenes. Want to be an entrepreneur? Then meet lots of people, energize yourself with new ideas daily and then dedicate yourself to following up and finding your own funding. There are as many options as there are people -- but very few people follow exactly the same path any more.

My career dreams, of staying at headquarters and moving to upper management as time went on, were dashed by my diagnosis with inflammatory breast cancer in 2007, a cancer that became metastatic, residing in my spine, neck, hips, ribs, and leg in 2010. Now, I am in chemotherapy for the rest of my life, which is essential for me to live. I can't work an 8-5 job anymore. But that doesn't mean that I have to give up. Instead, I forged my own path, bidding on work in industry and holding NASA research grants. I have created a career that allows the necessary time for treatment, recovery, physical therapy, and real time with my children. Will I be a mission PI? No. But I'm still able to contribute to the field despite my physical limitations. I think that's the advice. Know what is important to you, and find a way to make that happen.

My happiest moments are spent with my husband and children, playing games, telling stories, reading books, and just talking with each other. I also like to write, and to participate in social media events held by friends.

Study hard and find your passion. Ask around and find a research lab where you can contribute to the work being done. There's nothing like getting your hands dirty with instruments or data to help you understand where your real passion lies.