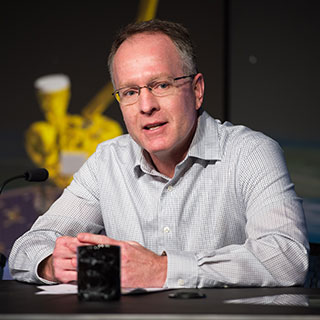 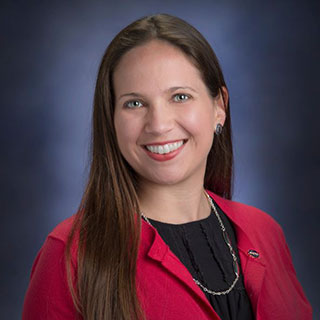 Internationally renowned evolutionary biologist and author Lynn Margulis, a Distinguished University Professor of Geosciences at the University of Massachusetts Amherst and a National Medal of Science recipient, died Nov. 22, 2011 at her home in Amherst. She was 73.

"She was a different kind of scientist, one who does not come along very often. Her great gift was making connections, connections that others just couldn't make."

Margulis was best known for her theory of symbiogenesis, which challenges central tenets of neo-Darwinism. She argued that inherited variation, significant in evolution, does not come mainly from random mutations. Rather, new tissues, organs, and even new species evolve primarily through the long-lasting intimacy of strangers. The fusion of genomes in symbioses followed by natural selection, she suggests, leads to increasingly complex levels of individuality. Margulis was also acknowledged for her contribution to James E. Lovelock's Gaia concept. Gaia theory posits that the Earth's surface interactions among living beings sediment, air, and water have created a vast self-regulating system.

"She leaves us a legacy of academic accomplishment brought about by her original thought and tireless inquiry into multiple fields of science that look at how the world functions and how that magnificent world has developed over time," said UMass Amherst Chancellor Robert C. Holub. "Her passing is a great loss for the entire campus family."

"She was an amazing scientist and a wonderful person," said Steve Goodwin, dean of the College of Natural Sciences at UMass Amherst. "Of course she was a different kind of scientist, one who does not come along very often. Her great gift was making connections, connections that others just couldn't make. She provided a stimulation to the campus community and the scientific community that was uniquely her own."

R. Mark Leckie, head of the geosciences department at UMass Amherst, said, "She will be dearly missed by her devoted students and her many friends and colleagues around the world."

Margulis joined the faculty as a Distinguished University Professor in 1988 after teaching at Boston University for 22 years. Her publications span topics from cell biology to microbial evolution. Margulis authored and co-authored hundreds of research papers, reviews, non-technical articles and many books, including "Symbiotic Planet: A New Look at Evolution" and "Acquiring Genomes: A Theory of the Origin of the Species." Most recently, with UMass Amherst alumnus Michael J. Chapman, she wrote "Kingdoms & Domains: An Illustrated Guide to the Phyla of Life on Earth." Several of her books were co-authored by her son, Dorion Sagan.

In 1998, the Library of Congress announced that it would permanently archive her papers.

Her numerous awards and honors included the 2009 Darwin-Wallace Medal, awarded at 50-year intervals by the London-based Linnean Society for significant advances in the study of natural history and evolution, according to the society. She also received the Nevada Medal, Sigma Xi's William Proctor Prize, a NASA Public Service Award, the Miescher-Ishida Prize, the Commandeur de l'Ordre des Palmes Academiques de France, Guggenheim, Rockefeller Bellagio and Sherman Fairchild fellowships and many honorary degrees.

On campus, she received the Chancellor's Medal and the Award for Outstanding Accomplishments in Research and Creative Activity, given in 2009.

Margulis was also the co-founder of two international societies, Evolutionary Protistology (ISEP) and Symbiosis (ISS). She served on committees for the National Academy of Sciences, NASA, AAAS and the National Science Resource Center.

She lectured widely in the U.S. and abroad, including Europe, Cuba, Israel, Japan and Mexico.