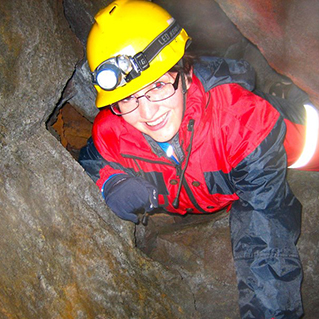 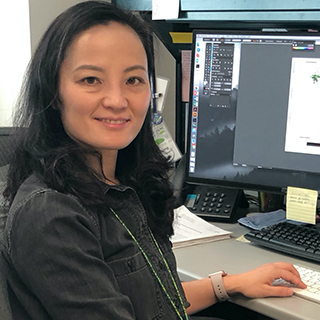 I was born in Bowling Green, Ky., but growing up and into adulthood, I have lived all over the USA (with some time in Germany). As I've spent more than half my life in Arizona, I consider that my "home state," with Texas coming in as a close second.

I was always a fan of space. As a kid, I eagerly watched the science fiction movies of the 50s and 60s -- films like "Forbidden Planet," "Destination Moon," "War of the Worlds," and "First Men in the Moon." I was especially taken with the movie "2001: A Space Odyssey," which was breathtakingly realistic.

I followed the space program through Mercury, Gemini and Apollo, and kept scrapbooks with news clippings. I made audio tapes of the air-to-ground communications (I still have all of them). I built and launched model rockets. I became a ham radio operator and learned about computers. I loved science in school and planned my future in that field.

It's always an exciting moment when after studying data, you suddenly have a new insight. That thrill is a high that all scientists seek.

I always wanted to work in space. I studied electronics and planned to become an electrical engineer. To me, engineers were flying us to the moon, but I'd always had a strong interest in science so I switched to physics. After watching the great job the Apollo 15 astronauts did during their flight in 1971, I was convinced that geology was essential to understanding the moon, so again and for the last time, I switched majors.

Many people have inspired me over the years:

Dave Scott, the Commander of the Apollo 15 mission. Besides understanding geology, he could communicate effective and contagious enthusiasm about it and about exploration.

I changed my major to geology in part because of Tim Mutch's book "The Geology of the Moon: A Stratigraphic View."

Ron Greeley gave me my first job in the business and showed me the life of a productive and conscientious scientist; he was my mentor and Ph.D. advisor.

Don Wilhelms (of the U.S. Geological Survey) typifies, more than anyone else, the historical, image-oriented approach to lunar history that I have tried to build upon.

I owe a lot of my inspiration to these people and to many more.

What is a lunar geologist?

A lunar geologist studies how the Moon evolved through time by looking at images, remote sensing data and lunar rocks and soil to recover that information and put it all into context. It's always an exciting moment when after studying a variety of data, you suddenly make some connection or have an insight that wasn't perceived before. That thrill is a high that all scientists seek.

I've had many, but one of my favorites was during my involvement in the 1994 Clementine lunar mission. We'd fired the rocket engine inserting the spacecraft into lunar orbit and were waiting for the first images of the moon to be downloaded. We were sitting in the control center and watching the big projection screens as the first pictures came in. I saw and recognized the crater Nansen, near the north pole of the moon and immediately felt that I'd arrived home. That simple recognition gave me a great thrill -- I had always wanted to be part of a lunar mission, and for the first time I had an intimate connection to the little spacecraft orbiting the moon, 400,000 km away.

Learn as much science and math as you can, not just the parts that interest you, but all science and math. Research is formulating an answerable question -- learning just how to do that takes practice and the sooner you start, the better. You also need to learn how to write and speak well. A scientist must be able to communicate their ideas. I would encourage acquiring an understanding of history, politics and economics -- making a living by working in the space program requires integrated knowledge of these fields.

I play golf and I read a lot (especially history). I spend time with my family, and I enjoy my grandchildren and sharing my interests with them, including some of the music, movies, cartoons and television shows of my youth.