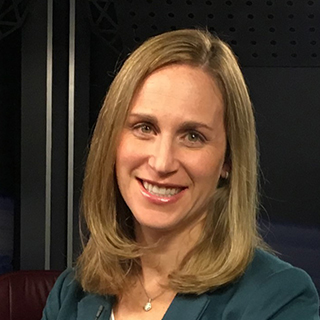 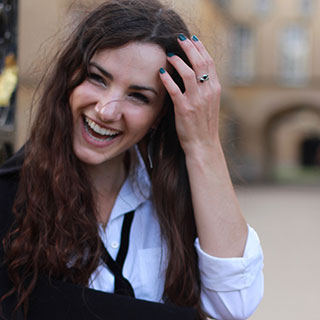 When I was a little girl Sputnik was launched, and I was instantly drawn into the whole miracle of spaceflight and exploring the cosmos.

My real love has always been science and engineering, and I got my undergraduate degree at the Massachusetts Institute of Technology (MIT). I enjoyed moving from a country setting in Pennsylvania to an urban environment. I then went to graduate school at Cornell University and earned degrees in astronomy and space science. I came to the Jet Propulsion Laboratory (JPL) right out of graduate school, where I came to work on the Voyager missions.

"The most important thing about being a scientist is that you are always at the forefront of knowledge, discovering new things. When you work in space science and analyze data coming from a spacecraft, you can learn and experience things that have never been seen before."

My eighth-grade algebra teacher (Mr. Resnick), and my dad (an engineer for Bethlehem Steel Co.). I also read a lot.

What did you do for the European Space Agency's (ESA) Rosetta mission?

I was the U.S. project scientist for the Rosetta mission. There also was an ESA project scientist, Matt Taylor. I was responsible for the NASA end, guiding and directing the science. I participated with the Europeans and made sure that the U.S. instruments were being utilized. The three main instruments were MIRO, an infrared instrument; ALICE, an ultraviolet spectrometer; and IES, the Ion and Electron Sensor.

The first two are remote sensing instruments, while the IES directly detects particles in the plasma surrounding the comet. MIRO and ALICE are looking at the big picture, while most of the European instruments are focusing right on the comet and measuring fields and particles.

What was the most amazing discovery from Rosetta?

The things I find most fascinating are water ice and oxygen. We've known that there has to be water in comets, but we had never been able to detect it so directly before, and Rosetta did that. From a science point of view, that's probably the biggest.

We also detected molecular oxygen, O2, the same thing we have in our atmosphere, and that was not expected at all. It was quite amazing, and we're pretty sure the oxygen has been there since the beginning.

What was your favorite part of being on the Rosetta mission?

OSIRIS, the camera, sent out a picture a day. Just looking at those every day – that's the "gee-whiz" thing. The dust production and the evidence of water ice coming off some of these images, I just found enthralling.

What are you most interested to discover from the Rosetta mission?

What powers the jets, and what causes the jets to come up at such explosive speeds? We're starting to see some of the boulders: are those boulders spewed up from the jets? It's interesting to see what a comet looks like up really close. The holes we see all over the comet may have been areas of previous jetting.

The most important thing about being a scientist is that you are always at the forefront of knowledge, discovering new things. When you work in space science and analyze data coming from a spacecraft, you can learn and experience things that have never been seen before.