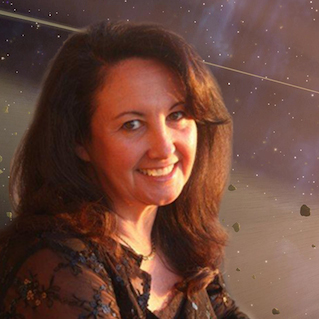 I was born and raised in snowy Rochester N.Y. I then headed for warmer weather in Southern California.

As a kid, my six-inch reflecting telescope was used to marvel at the Moon's craters and Saturn's rings.

I began working as a contractor for the Goddard Space Flight Center (GSFC) fresh out of graduate school (University of Maryland). With my background in solar system dynamics, I joined a Goddard team that was designing missions to comets. Later, in 1976, I joined the Jet Propulsion Laboratory (JPL) in Pasadena, Calif., working in their solar system dynamics group.

One of the first people to inspire me in science was my undergraduate Middlebury College professor who had a contagious enthusiasm for physics and astronomy. He was tough, and demanded a great deal from his students, but he was so dynamic and interesting that I looked forward to those classes.

Among other activities, planetary scientists work to understand the physical nature, the atmospheric environments and the dynamics of the planets, natural satellites, comets and asteroids. For most of my career, I have been computer modeling the motions of comets and asteroids and making predictions as to where their future motions will take them. Making predictions based upon a model, and verifying those predictions, forms the very core of the modern scientific method.

I find the many predictions involved with my work to be interesting and rewarding. My predictions were used to discover the return of comet Halley at Palomar Mountain in 1982, and to verify the discovery of the comet Halley observations made way back in 164 B.C. (The 164 B.C observations are recorded on Babylonian clay tablets and are now in the British Museum.)

Correctly predicting the positions of comets and asteroids for spacecraft encounters is particularly exhilarating. My initial prediction for a flight project was for the International Comet Explorer (the first comet mission) when it successfully flew through the tail of comet Giacobini-Zinner in September 1985.

Our Near Earth Object Program Office at JPL, which includes Alan Chamberlin, Steve Chesley, Paul Chodas, and Jon Giorgini, has provided several predictions for future Earth close approaches (and one impact) by near-Earth comets and asteroids.

I'd advise students to take math and physics courses, but I'd also advise them to be sure to include a healthy dose of liberal arts courses as well (such as English, history and public speaking). One of the goals of a successful scientist is to engage the public in their research work, for it is generally the public's largesse that allows us to work in science. Relating your work to young people is one of the most satisfying jobs for a researcher, but this requires that you clearly express the importance of your research with a few simple statements while using memorable analogies. Making your complex science research "crystal clear" for the public is tough -- but very necessary.

I love my job and I can't believe they pay me to have this much fun! I also enjoy tennis and collecting early original works on space travel. My daughter and I also collect and research ancient Roman denarii coins with the portrait likenesses of the early emperors. The lifestyles of these emperors were often tragic and sordid, but oh so interesting.

Find an area of research you love and pursue it with bulldog tenacity. If you do, success will come and you'll never have to "go to work."