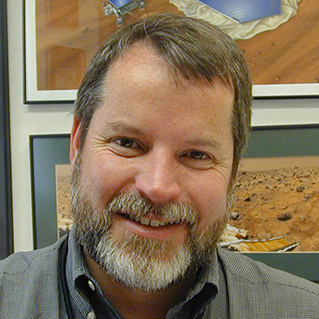 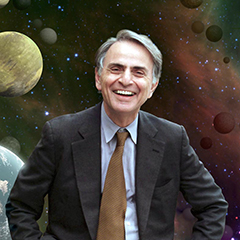 I was born in Madison, Wis., where my father was a professor of mathematics. I've lived in a number of places, but now I live in Virginia to be near where I work, at NASA Headquarters.

I was looking at the Mars Pathfinder website and found listed at the bottom of one of the pages the name and contact information for someone working on the project and I sent them an email. In the email I asked them what it took to get a job at NASA. I received a response requesting my resume, and within twenty-four hours I also received several offers for post-doctoral positions. This was not what I wanted, but we kept in touch and I subsequently was hired to start a research lab at the NASA Ames Research Center (ARC).

It is always entertaining to see people's expressions when I introduce myself as the Planetary Protection Officer. Most people think of the characters in the movie "Men in Black" when they hear this title ... Actually, I was given dark Ray-Ban sunglasses my first day on the job.

What is a Planetary Protection Officer?

As the Planetary Protection Officer for NASA, I am responsible for ensuring that the United States complies with Article IX of The Outer Space Treaty. Article IX specifies that planetary exploration should be carried out in a manner so as to avoid contamination of the bodies we are exploring throughout the solar system, and also to avoid any adverse effects to Earth if materials are brought back from outer space.

It is always entertaining to see people's expressions when I introduce myself as the Planetary Protection Officer. Most people think of the characters in the movie "Men in Black" when they hear this title. (Recently, the European Space Agency's (ESA) planetary protection officer and I were lecturing at a planetary probes workshop, and he put up a picture of "Men in Black" on the big screen behind us. That was pretty entertaining.) Actually, I was given dark Ray-Ban sunglasses my first day on the job.

Growing up, I admired a number of scientists, but I couldn't really say there was one person in particular. My father consulted with NASA, and my mother was a biologist -- I do both of those things now, so that may have had some influence.

The expertise needed for this job is engineering, but at the same time you need a good understanding of biology and the potential for organisms to survive in extreme environments. My Ph.D. is in biology.

When I have the time I enjoy glass blowing, medieval history and archery. I also play violin, both orchestral and chamber music, and I sing.

In general if you want to work in the field of space as a science, math or engineering major you need to identify an area you are interested in and make sure to identify the expertise you might need to get there. Keep trying, be stubborn and recognize that it is going to take some hard work.