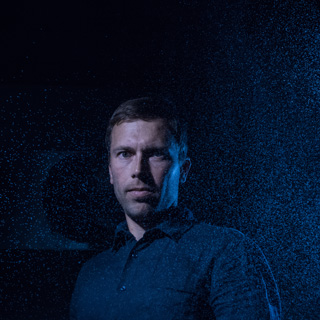 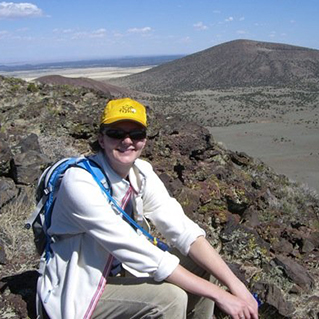 Born and raised in the Tioga-Nicetown section of Philadelphia.

There are three instances (all realizations about the sky before I was 12):

First was when as a child, enthralled with the rockets of the space program, I realized that Mercury astronauts Shepard, Grissom and Glenn were going to fly in space.

Second was when I realized that my street ran east-west and the adjacent street running north-south T'd into mine and I could use the street set-up as a solar clock, reading the motion of Earth in the solar system.

Third was when I went out onto my street to look up at the sky after reading a "Scientific American" article about how spectra of the most distant galaxies told the story of the expansion of the universe. I looked into the sky with a totally different understanding of it than I had just a few hours before.

I actually always knew I would work in either astronomy or space sciences. This was the only career path ever on my list of career possibilities. I was hired by The Franklin Institute to work in the observatory as a rising junior in college. That turned into full-time employment when I graduated, and I've had great work and educational experiences ever since.

As a kid, I didn't know any scientists. Oh sure, I'd read about all kinds of scientists, so while it didn't immediately come to mind as a typical career choice for a young black kid in an inner-city neighborhood, I also knew it wasn't completely ridiculous either. There was just no guidance for a kid with such aspirations. I suppose I was inspired to pursue science by an eighth grade science teacher I had, but astronomy intrigued me. It was exotic, complicated and multi-faceted. It was also very exciting because for the first 17 years of my life, the greatest scientific endeavor ever, putting people on the Moon, hit a new milestone every year. The work of astronomers, who sought to understand the nature of the expansion of the universe, like Maarten Schmidt and Alan Sandage, was inspirational.

What is a Chief Astronomer and Planetarium Programs Director?

Working with many others here, I develop and oversee all of Franklin's astronomy and space science-related programs and exhibits and run the observatory. I also create programs for the planetarium, frequently do the live "Sky Tonight" planetarium show, teach astronomy workshops, and do a bit of science interpretation and advocacy work on television with my friends Keith Olbermann, Stephen Colbert and Craig Ferguson. Occasionally there's a "kitchen sink" job to do like identifying (non)meteorites for visitors or taking a call from someone who is positive the UFO they've seen is actually an alien spacecraft, but it's been everything from hosting Clyde Tombaugh to helping President Obama's family look through a telescope on the White House lawn.

What, you mean like the time I got to see the Hubble Space Telescope in the clean room at Lockheed in Sunnyvale before its launch, or when I got to host Sir Martin Rees when he was here at Franklin to receive the Franklin Medal or when I got to meet and interview John Glenn or when I traveled with Scott Carpenter on vacation last year or when I used to go to shuttle launches as the invited guest of astronauts or when I gave Michael Jackson a private tour of our observatory or when I met and interviewed Carl Sagan or when I was given "command" of the Cunard Lines ship "Vistafjord" on the Black Sea as lead astronomer for the 1999 solar eclipse or after I successfully rebuilt the Franklin's 24-inch reflector and it actually worked better or when I completed the training to fly as a Virgin Galactic sub-orbital passenger?

No, my favorite was as I sat waiting for a train home after work one day about eight years ago. A young man came over, seemingly out of nowhere, and said, "Mr. Pitts, you don't know me but I've watched you since I was a kid and your work inspired me to become a scientist, and I love it. Thanks!" and he walked off into the crowd. My other favorite moments are when I help people see an object through a telescope for the first time. For me, nothing beats seeing the light bulb come on!

Be creative, be flexible and most of all, be prepared and able to communicate. Realize that while there may not be very many positions in astronomy research, there are lots of other equally satisfying possibilities in related fields and more importantly, we desperately need people who can teach science.

I do SCIENCE! No, seriously, I travel and explore for fun. It's a fascinating world and I can't get enough of it. But I'm always doing "science" of some kind no matter where I am. I love it -- can't escape it and wouldn't want to. Eat. Breathe. Do Science. Sleep later.

Find people -- lots of people -- doing what you think you're interested in and spend a day with them. Go to a college or university with that degree track and talk to the professors and the students. Go to a business in the industry and talk to someone who has been in the field for a long time, talk to them, get perspective. If it doesn't look like there's anyone doing what you want to do, then you can be a pioneer!