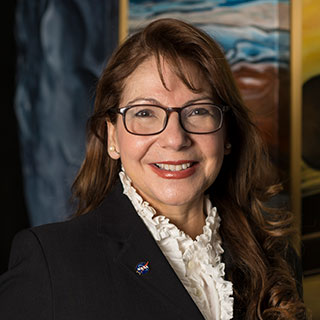 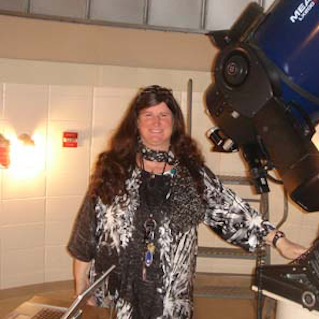 I was born in Karlskoga, Sweden and my family immigrated to Oakland, Calif. in 1955.

I was 10 years old and walking home from a Cub Scout meeting on a cold March evening. My papa pointed to the three stars in the belt of Orion and said to me in Swedish, "Look how bright the Three Wise Men are tonight." As soon as we got home I moved my rock collection off the top of my desk and opened up some books on astronomy to learn more about stars.

An astronomer is, above all else, an explorer and a dreamer.

Within a week I had read every astronomy book in my school's library, including my family's collection of Swedish encyclopedias at home! Within a few years the "Outer Limits" television series debuted, and I started building my first telescope. On Boy Scout camping trips I would bring a camera and tripod and photograph the night sky. As the NASA Gemini and Apollo programs unfolded, there was no stopping my interest in astronomy. By the time I was 14 years old, I had by then also discovered science fiction novels by Isaac Asimov, Robert A. Heinlein, Arthur C. Clarke and others that consumed much of what little free time I had as a teenager.

It wasn't easy, even with a Ph.D. in Astronomy from Harvard! While other young astronomers entered the workforce as postdocs and then assistant professors, I turned down a prestigious postdoc on the west coast to stay on the east coast so that my wife could continue her education and establish herself as I had done. We wound up in Washington, D.C. and promised we would only stay here for two to five years. We are still here 20 years later! After leaving Harvard, my first postdoc was at the Space Sciences division of the Naval Research Laboratory, but that only lasted 7 years until the grant money ran out. Then I worked under a contract to NASA Headquarters as an astronomer doing education work for two years, after which I returned to full-time research working with the history-making COBE project at NASA's Goddard Space Flight Center (GSFC). When that program ended, I was asked to be the director of the education and public outreach program, which eventually ended in 2005 when the satellite failed. By that time I had begun work on another program with the Hinode mission and had begun to bring in my own grant money for doing education work. My wife and I were able to raise two wonderful daughters from a geographically-stable home environment in Washington; something that would have been impossible as a wandering graduate student looking for an academic position in the 1980's. My wife also got hired into a permanent position at the Library of Congress in the late 1980s, so our gamble of just staying in one geographic place did pay off in the end. There are many different ways to be an astronomer working for NASA. You just have to be creative, flexible and not too stubborn!

If I had to pick one, my one true hero and source of inspiration would have to be my papa. He came to the United States with a big family when he was 44 years old, could not speak English very well, worked in the shipyards nearly all his life, yet his soul was that of an adventurer. He loved the opera and reading good books filled with exotic stories. He was good at geometry because at work he had to design things with sheet metal. He was athletic and biked to work every day until he retired. People thought he was a bit strange because he liked to wear shorts in the summer and bicycle -- not things adult men did in the 1950s and 1960s in Oakland -- but typical in Europe! He taught me everything I know about having a passion for adventure, not worrying about what other people think of you, keeping as physically fit as you can every day, and staying optimistic and in good humor. Shortly before he died at the age of 79 he told me, "Today I feel like I am 40!"

What is a Research Astronomer?

An astronomer is, above all else, an explorer and a dreamer. Of course he studies the Universe and tries to answer many clever questions about it, but in the end he knows that it is only his imagination that will let him walk on a distant world, or see a black hole up close. The thrill of being able to apply basic mathematics and physics to understanding in a deep way how things out there work is a thrill that the non-scientist can not easily imagine, but can aspire to. Every research paper we write that uncovers a bit of the great mystery of life is like the rush an artist gets completing a canvas, a poem or an intricate musical score. This is why scientists and artists are kindred spirits in life's journey. No one really understands them very well, but without a little art and astronomy, society is much the poorer.

It would have to be the thrill of finding something obvious that so many had overlooked before. This happened to me when I was using infrared data from the COBE satellite to determine, just for fun, whether the satellite had seen anything beyond the Milky Way galaxy other than the famous cosmic background radiation. Lo and behold, when I cross-compared the data against catalogs of the known positions of nearby galaxies, I found over 200 position matches. This led to a very fun paper where I could measure how much cold dust these galaxies contained. Even though such a project had never been considered when the COBE science team put together the research goals for the satellite, I had found a very cool project that serendipitously led to a significant result. I had a smirk on my face for months!

Try not to measure your worth in terms of how successful others seem to be. There are people out there who are smarter than you, no matter what your GPA is. Your advantage is the same one that scientists have enjoyed for centuries. You are stubborn; you do not give up just because the question you are pursuing an answer to has become more difficult; and you partially live in a fantasy world where you put things together in unusual ways and sometimes these lead to a major discovery. It is absolutely true that scientists are adults who never stopped being children at play. Your playfulness with the world around you is the battery that will drive your scientific creativity. Creativity in science is the wild card. It is not something you can create by following a set of directions in life the way many people in the adult world want you to do. It is not correlated with GPA or raw intelligence. As for getting into astronomy, of course you have to be as good as you can be in science and mathematics, as well as in English and public speaking. You cannot hope to be an astronomer if you have not mastered the tools that astronomers use to carry out their investigations and detective work. But if you truly want to be an astronomer, because that is the direction your creativity is driving you, you will approach all these other issues and challenges with a sense of adventure, patience and humor. The really fun thing is that your interests may take you in directions that will surprise you and have nothing to do with a career in astronomy. Don't worry about the destination, just enjoy the journey as much as you can!

I used to be an amateur astronomer until I got my Ph.D. in astronomy. Since that time, I really enjoy biking, weight lifting and running. You can throw in writing for magazines, books and doing occasional radio and television programs too. I thoroughly enjoyed the visit of the film crew of Discovery Channel's "Naked Science" television program to my home a few years ago. They filmed me talking about magnetic fields convecting in the sun's surface plasma while I made a pot of spaghetti. I have also done several video programs for "NASA CONNECT" where I was the co-host. Too bad I didn't get into television when I was younger and actually looked good on camera!