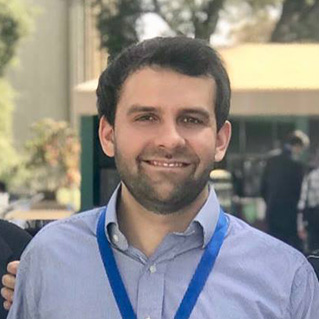 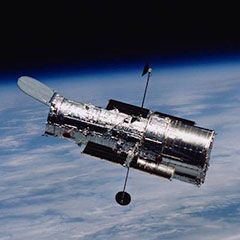 Editor's Note: Claudia Alexander passed away on 11 July 2015 after a 10 year battle with breast cancer. She was 56.

"The passing of Claudia Alexander reminds us of how fragile we are as humans but also as scientists how lucky we are to be part of planetary science. She and I constantly talked about comets. Comet Churyumov-Gerasimenko in particular. She was an absolute delight to be with and always had a huge engaging smile when I saw her. It was easy to see that she loved what she was doing. We lost a fantastic colleague and great friend. I will miss her."

"Claudia brought a rare combination of skills to her work as a space explorer. Of course with a doctorate in plasma physics, her technical credentials were solid. But she also had a special understanding of how scientific discovery affects us all, and how our greatest achievements are the result of teamwork, which came easily to her. Her insight into the scientific process will be sorely missed."

"We have lost a great colleague and friend who will live on within us and the missions to the stars she made possible."

"Claudia Alexander has left our world, to go explore others no doubt. Claudia was a scientist, teacher, author, and role model. She was the last Project Manager of the Galileo mission to Jupiter and Project Scientist / Project Manager of the U.S. portion of the Rosetta project to comet Churyumov-Gerasimenko. I was fortunate to have worked closely with her on the Cassini mission, where we learned from each other. She is an example for others, who may strive to be as curious and as giving."

"Claudia worked with Cassini Project Science team for a number of years. She was enthusiastic and full of good ideas to improve Cassini science processes and research. She was always smiling and cheerful, and always had a place in her heart for Cassini. Her excitement about Rosetta was tangible. An article in memoriam is appended below. She will be missed."

"In my job I get to meet some pretty amazing people. All of them -- and I do mean all of them -- are impressive in their own right, passionate about science and the human endeavor of space exploration. Even in a field of super stars, though, you are often fortunate enough to meet people who stand out as truly exceptional human beings, whom everyone admires and who somehow manages to achieve the work of ten people effortlessly while making everyone feel excited to be working together and along for the ride.

Planetary science, the community I have worked with for the last nine years, lost one of those people this weekend.

She wasn't famous, although she spoke often to the public and was eloquent and impassioned whenever she did so. She was highly respected by basically everyone who met her, as far as I can tell. She was an extraordinary talent, a committed scientist and but most of all this warm and generous and intellectually curious and energetic person who greeted everyone with a big smile and always had time to talk about whatever you were up to, even as she was busy doing super important things like, oh, running the Galileo mission at its spectacular finale, or being in charge of the U.S. contribution to the Rosetta mission (yes the one that just landed on the comet, the orbiter part anyway). And apparently she was in the first 20 African Americans to graduate with a PhD in an astronomy/physics related field too.

It is a shattering loss. I'm not posting this to seek personal sympathy but instead to remind you all -- especially this week as a spacecraft flies past Pluto -- that exploration is a human endeavor and it lives and dies by the people who put their life's work into it, people who largely remain invisible but who leave an indelible mark on our understanding of the universe regardless. And people whose stories will be lost if we don't tell them.

So whether you knew her or not, please take the time today to donate to breast cancer research and hug a survivor you know a little tighter. The solar system will be a little dimmer without her but it is still glimmering in the light she already shed. And we are all grateful.

-Janet A. Vertesi, Asst. Prof. of Sociology at Princeton University

In Her Own Words

A few years ago, Claudia sat down and answered questions about her life and career as part of her longtime goal of inspiring young people—especially young women—to seek careers in science, technology, engineering and math.

I was born in Canada, but grew up in a sleepy little community of orchards and oak trees called Santa Clara, Calif.—the center of the Silicon Valley. I grew up during the whole computer revolution that was happening there. (My mother used to work for Gordon Moore at Intel.)

It wasn't exactly a connection with outer space, but at the age of 5 or 6, the film "Fantasia" opened an imaginative pathway of wonder for me about worlds other than Earth—primitive worlds—and how huge geologic forces can impact life forms there.

"Science and math are fascinating and fundamental. They require as much discipline to study and master as an athlete working to be a football player, or a musician attempting to land a recording contract. Hours and hours of practice go into the mastery of the field. But the rewards are just as terrific!"

My parents blackmailed me. I really wanted to go to the University of California at Berkeley (UCB), but my parents would only agree to pay for it if I majored in something "useful" like engineering. I hated engineering. But during an engineering internship at NASA-Ames Research Center (ARC), I found myself sneaking over to the space building all the time. When my boss realized that I enjoyed spending my time there, he placed me with a scientist (Dr. Ray T. Reynolds) in the Space Science Division. That's how it happened!

A project scientist is a key individual on the management staff of a mission. He or she has enough interdisciplinary experience to understand the science across multiple instruments, and helps to adjudicate and make key science decisions when there is conflict about how, when or who will make observations of a comet or any other science targets such as Mars or asteroids.

We were watching the first data come down from the Galileo mission's first encounter with Jupiter's moon Ganymede, and the data clearly showed the presence of some sort of ionosphere (a very thin atmosphere, which we now call a "surface bound exosphere") in the region. When I saw this evidence, I burst out saying "I don't believe it!" (I had, up until that time, done a lot of modeling work to prove that the moon was frozen solid.) The presence of a little bit of atmosphere meant that we needed to re-think our past assumptions concerning Ganymede as an undisturbed, pristine and inactive moon. It was an exciting moment to experience something that changed my whole way of thinking. I've never been so happy to be wrong before!

Carl Sagan inspired me through his television series "Cosmos." (I must have watched the series a dozen times). President Kennedy also inspired me when he said "... we will go into space, not because it is easy, but because it is hard ..." And I am also inspired by great scientists of the past, like Johannes Kepler. Kepler struggled his whole life to make orbits circular, until he grasped a fundamental truth, that orbits are elliptical in nature. To be that dedicated to searching out a fundamental truth continues to inspire me.

When deciding on your career you should be aware of the balance of work, personal satisfaction and financial rewards. In the early days of my career I would compare notes with an attorney friend of mine, and I found that each of us were working the same long hours, but she was making about three times as much money as me! Loving your work can sometimes be as important as how much money you make. As a woman it is really tough to make the balance of family time and science work successfully. You have to decide if you want to spend most of your time working at the expense of family time! Having the right partner is an important part of deciding on that balance.

I love to go horseback riding, and I write science fiction. One of my short stories got selected for publication by Dr. Fantastique's Books—it's a steampunk adaptation of Shakespeare's The Winter's Tale (set to be released in May 2012) called Leo's Mechanical Queen, part of a Shakespeare anthology that will go by the title: The Omnibus of Dr. Bill Shakes and the Magnificent Ionic Pentatetrameter. I'm so excited! Also, I released my personal website, finally, and hope to meet people in my Scientist's Caf? (forum) to talk about science, books, movies, and art in the news - and matters of multicultural interest.

Science and math are fascinating and fundamental. They require as much discipline to study and master as an athlete working to be a football player, or a musician attempting to land a recording contract. Hours and hours of practice go into the mastery of the field. But the rewards are just as terrific! Imagine being the first person to make a discovery, to have a mathematical principle named after you or to make the fundamental discoveries that take civilization to the next level? In the annals of history the athletes and musicians fade, but the ones who make fundamental improvements in humankind's way of life, and in their understanding of the Universe, live on in their discoveries.