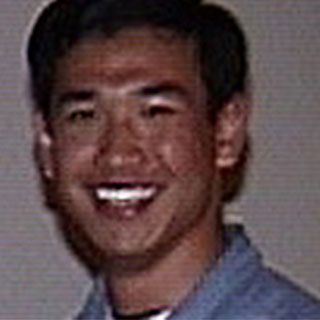 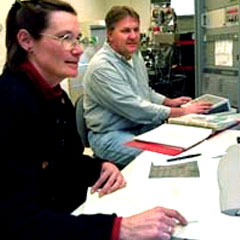 I grew up on a dairy farm near Springville, Pa. up in the north-east corner of the state, about midway between Scranton and Binghamton, NY. I now live in Northridge, Calif.

In high school I remember having extended discussions about how orbits worked with my physics teacher. I didn't get very satisfactory answers, but this was pre-Sputnik, so space flight hadn't yet come to be a common topic in high school physics. However, I think it was these discussions that piqued my interest in orbital mechanics, even though it was to be a few more years before I felt that I understood the topic.

One of the most important things you learn in college is how to learn, although you likely won't realize it at the time.

When I first got out of college, I wound up going to work for a defense contractor near Dallas, Texas, but they didn't have many contracts at the time. (They mostly needed warm bodies with college degrees to enable successful bidding on more contracts.) This was around the time that the Jet Propulsion Laboratory (JPL) was flying the Ranger missions to the Moon. The Ranger missions looked a lot more exciting to me than what I was doing at the time, and so I sent my resume off to JPL, they made me an offer, and I've been here ever since.

The sleepy little farming town of Springville was fortunate to have some very capable and dedicated teachers in its school, and that's where I was initially inspired to do well in math and science. Perhaps the person most significant for me was my math teacher, Ms. Brown. Ms. Brown and I got along well, even though she wasn't very popular with most of the other students because she made us behave and work hard. But she knew the material well, and she was very good at making it challenging rather than tedious. I credit her with making math interesting and rewarding for me and for giving me a good foundation for my subsequent studies in science and engineering.

What is a Cassini Program Manager?

My job was to be responsible for the overall implementation of the operations phase of the Cassini mission. This included negotiating the budget with NASA Headquarters, managing the allocation of the money internal to the project and ensuring that all of the activities required to keep Cassini operating were completed properly and on schedule. The Cassini project team is staffed with a very capable and competent group of scientists and engineers, and they made my job easy!

Being told that I was the selected candidate to be the Cassini Program Manager was obviously a big moment. But another moment that occurred many years earlier left an even bigger impression on my memory.

I was the lead of the Trajectory and Maneuver team for the Viking mission to Mars in the mid-70s. This was the first time that NASA had attempted to land a spacecraft on another planet, and it seemed to me to be a very risky endeavor. Of course, NASA had completed the Surveyor and Apollo programs on the moon prior to this, but Mars just seemed different with its greater gravity, its atmosphere and its poorly characterized surface, at least to the resolution that mattered to a vehicle landing and staying right side up. The first Viking lander had been programmed to take an image of one of its own landing pads immediately upon touchdown, and a group of us were standing around a monitor waiting for that image to come down. The image finally began to appear on the screen, slowly, and line by line in real-time as each line exposure was taken: first a grayish blur, and then a very clear beginning of the edge of the landing pad sitting on the soil, later building to show the whole pad and leg sitting on Mars. That's probably the single moment in my career that I will remember the longest.

I have a rather large lot at home and I enjoy gardening in it. I also enjoy hiking, and I have gotten involved in restoring antique motorcycles.

Go for it! Give it your very best effort. It will pay big dividends when the time comes to start building a career. But don't hesitate to change your direction if you find new areas of interest as you mature and your education progresses.