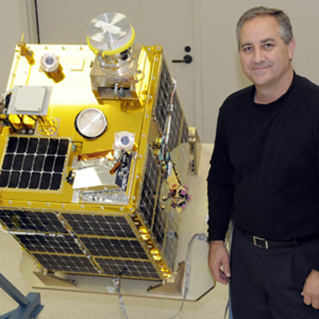 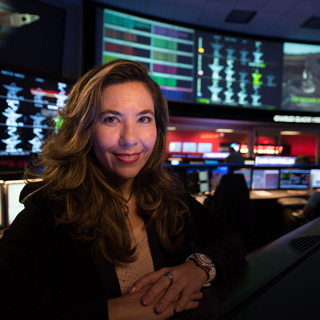 Aaron Parness studied creative writing in school, and admire tales of magical realism by authors like Gabriel García Márquez. A penchant for sagas that combine the mundane with the fantastic seems fitting for someone who now creates robots modeled after geckos, lemurs, and other creatures.

“Cockroaches can move 30 times their body length in a second, on any terrain,” he says. “That’s equivalent to humans running 100 miles per hour. Pit vipers have better thermal sensors than our infrared telescopes. Whale fins are much more efficient at moving through fluids than our submarines.”

“We’re 50 years away from being able to perfectly replicate the hairs on a gecko’s foot pads. Biology is immensely complicated.”

These amazing abilities aren’t magic, but based on fundamental principles of physics. That’s the challenge of Parness’s Robotic Prototyping Lab at JPL: to build machines that leverage those techniques, rather than trying to make copies of the animals themselves.

“We’re 50 years away from being able to perfectly replicate the hairs on a gecko’s foot pads,” he says. “Biology is immensely complicated.”

Parness first got into bio-inspired bots while working on his PhD at Stanford University, where one of his projects was to create gloves for Special Forces soldiers to scale walls like Spider-Man. Once he joined JPL, his focus shifted to climbing the canyons of Mars, or moving in the microgravity of asteroids and comets.

Parness has taken his team’s robots to volcanoes in Hawaii, caves in the Mohave desert, and on microgravity flights to see how they cope in places too dangerous or difficult for people to go.

Because all the rovers on Mars have been based on cars, he says, “we’ve been limited on where we could go. It’s like going to the Grand Canyon, but only driving around the parking lot. We haven’t yet gone to the really cool places.”

Thanks to the work of Parness’s lab, someday there could be a robot climbing like a gecko up a steep canyon of Mars, or scrabbling like a cockroach across the surface of an asteroid. Magical realism with a space-age twist.