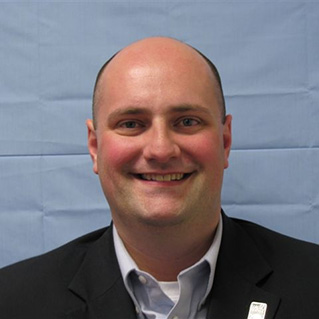 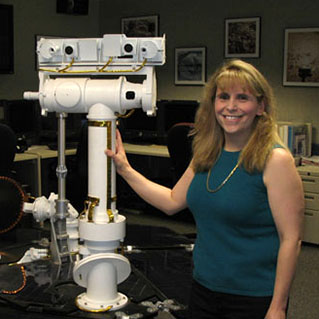 I'm from Waukesha, Wisc., a fairly small town outside of Milwaukee. It was a nice place to grow up —I spent pretty much any spare time I had at the Milwaukee Public Museum. My Dad would also take me to Yerkes Observatory, which holds the largest refracting telescope ever built (and located in Wisconsin). And Chicago, with all of its amazing museums, was only about a two-hour drive away. I went to college at Harvard University in Boston (another GREAT town), and then graduate school in Atlanta, Ga. After I earned my Ph.D., I got a post-doctoral research fellowship at the California Institute of Technology in Pasadena, Calif. and started working for the Jet Propulsion Laboratory's (JPL) Spitzer Space Telescope. After a hugely successful mission, I moved on to NASA's Goddard Space Flight Center (GSFC), which is in the Washington D.C. area.

Being an astronomer is very much about being comfortable with thinking on your feet and coming up with compelling arguments on the fly.

I recently spoke to my mother about this, and she confirms that there never seemed to be a time when I wasn't obsessed with space. No one can really figure this out. Neither one of my parents are particularly inclined to astronomy, although my dad did teach geography at the local college and was always telling me about rocks and landforms. Basically, as soon as I was able to talk, I started pointing at the sky and going on endlessly about the Sun and the stars. But there does seem to be something hard-wired into my family. I have since found several relatives of mine who also work for NASA. We had never met before, but we could all trace ourselves back to the same relative, (my great-grandfather) an Austrian/Italian sailor who immigrated to the United States.

At first I pursued a purely academic track, and I assumed I would become a professor at a university, but like a lot of people my plans had to be modified when I fell in love and wanted to actually be in the same location as my boyfriend (now my husband). Andrew and I met while I was in Australia, taking data for my Ph.D. research. I was living on the east coast at the time, and such a long distance relationship was hard. So Andrew made a huge sacrifice by leaving his tenured professorship in Australia to find a job at JPL. This at least put us on the same continent. Later, I was able to find a post-doctoral position working for the Spitzer Space Telescope at JPL. That got my foot in the door on a NASA mission, and the rest followed naturally.

Without a doubt, it was Carl Sagan. The "Cosmos" television series came out when I was about ten years old, and from the first episode on, I was hooked. Carl had such a way of expressing the beauty and human drama of science, while at the same time being a great defender and explainer of scientific practice and thought. I never had a chance to meet him, but what an incredibly unique person he must have been, with rock-star charisma. (I had a picture of him in my locker all through high school, actually. He really was a rock star to me). There was a music video on "YouTube" recently called "An Even More Glorious Dawn" that uses clips from "Cosmos." It's classic Carl, and I usually get tears in my eyes when I watch it. Carl could be really cheesy (in the video it begins with him imitating a whale song), but then he leads you into pure inspiration.

What is an Assistant Director of Science for Communications?

Beats me. This is actually a very real part of being a scientist at NASA -- many of our jobs are not terribly well defined. While this can be frustrating, it also allows a position to never become stale, but rather to change and grow with the abilities and expertise of the person holding that position. Officially, I represent the four science divisions here at GSFC: Earth Science, Planetary, Heliophysics and Astrophysics. My job is to get the four divisions to work together to do better public outreach and education, but I am also tasked to encourage scientists to work better together internally as well. (Scientists tend to get stuck in tribes with other people who share their same specialty. For example, as an astronomer, I had never gone to a planetary science convention, and I knew next to nothing about Earth science.) At NASA we've got to break down those barriers to be able to function as a whole.

My mind keeps turning to the interactions I've had with people in places all over the world. (I would have become an astronomer just for the travel.) I've gotten pulled into traditional dances in rural Mexico, appeared on television in Cairo, been dropped on my head while attempting to do a tango "dip" in Buenos Aires -- so many adventures.

The most useful thing I ever did in my early education was to join a debate team. Being an astronomer is very much about being comfortable with thinking on your feet and coming up with compelling arguments on the fly.

Once you're finished with school, I would advise you to not be too rigid or have too specific of an idea of where you want to end up. I wanted to be a research professor at a university, but that's not what happened. Opportunities crop up on their own schedules. You can't force them, and you've got to be able to respond to them when they do happen. I really believe that the changes in my career path were for the best. Maybe you'll meet someone who changes your ideas about where your career should go, or maybe you'll be offered a different sort of job than one you had originally planned. The most interesting careers I see are the ones that went in unexpected directions.

I collect Japanese antiques, mostly by sifting through a lot of Japanese-language websites where people sell old stuff from their attics. I don't read or speak Japanese, but I've gotten familiar enough with some of the characters to be able to navigate my way through. (Translation software is useful once you figure out the eccentricities. For example, if you want to find antique dolls, do a search on the words "chicken tools." Go figure.) I also love dancing and have performed authentic 16th century court dances at renaissance fairs and museums in 100-degree weather, wearing 25 pounds of velvet.

Don't be too concerned if you feel confused all the time. Seriously, I felt very lost through most of my formal coursework. The way science is taught, where a professor sort of dares you to figure it out on your own, left my head spinning. If it weren't for partial credit I probably wouldn't have passed a single class. I don't think science has to be taught that way, but at this point, it's sort of a tradition. However, I'm working very hard to try and change that.