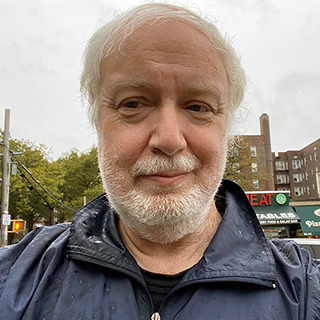 My hometown is Nashville, Tenn.

I remember it was one of the Apollo launches. We were living in Florida at the time and my family and I took a day trip to see the launch. I still remember the huge fireball, thunder and light as the Saturn V launched from the pad.

I always wanted to combine my interests in geology and space. So, after earning a degree in physics and geology and then serving in the military, I went back to graduate school to get a Ph.D. in planetary geology.

Early on, when I was a teenager and even younger, it was the stories of Werner von Braun.

Don't worry about your exact path, but keep in mind where you want to end up.

A planetary scientist is often a Jack of all trades, with a specialization in one area. In my case, I have a diverse background in physics and geology that helps me to understand the various processes that shape our solar system. I have focused on using infrared spectroscopy to understand the composition and geology of solid bodies in our solar system.

Honestly, it's every time I get funding to do some new and interesting work. But recently, I've been working with collaborators to understand the water on the Moon. This whole process, including the laboratory research and analyses of spacecraft data, has been really interesting and it is potentially relevant to our nation's future manned exploration to visit nearby asteroids.

Don't worry about your exact path, but keep in mind where you want to end up. When you come to a point where you don't know how to go forward, think about trying a different approach, but still keep the same goal in mind.

I have twin boys, aged six—they provide a whole lot of entertainment.