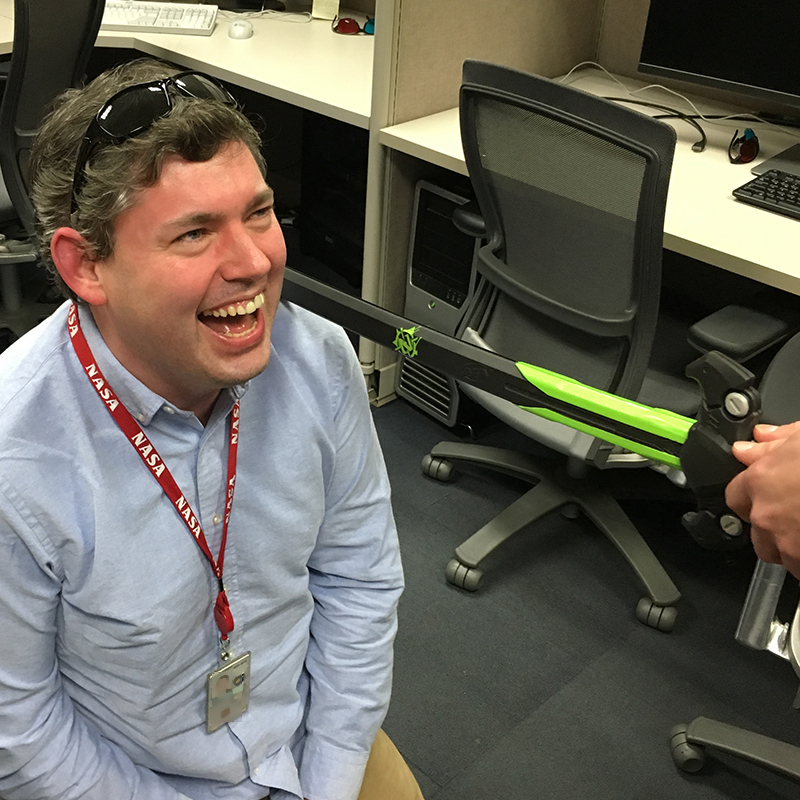 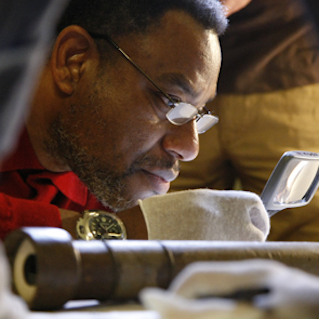 The first time Felix Landerer sailed an ocean, he didn’t set foot on land for a month. He was on a research vessel exploring the continental margin—the zone of the ocean floor that separates thin oceanic crust from thick continental crust—along the Pacific coast from Panama up to Canada.

That was the first of 15 sea voyages leading to a master’s degree in geophysics. Wanting to continue his journey of discovery, he gravitated toward a PhD in physical oceanography. But instead of sailing the seas, he became immersed in an ocean of models and data.

Little did he realize these studies would eventually launch him into a space science career. The GRACE mission’s twin satellites, orbiting Earth since 2002, take advantage of the same ocean models developed at the Max Planck Institute in Germany where he earned his doctorate.

“I find it amazing that two boxes orbiting 400 kilometers above us can detect mass variations at the bottom of the sea.”

GRACE detects fluctuations in Earth’s gravity to see how mass—most of it water—fluctuates near Earth’s surface. GRACE data keeps tabs on how glaciers are melting, how sea levels are rising, and even how water storage is changing aquifers deep underground.

“GRACE essentially ‘feels’ mass changes through gravity, through tiny shifts of the two satellites’ orbits,” he says. “This gave us a whole new way of looking at Earth’s water cycle that we never had before.”

Landerer is the deputy project scientist for the up-coming GRACE Follow-On mission. He and others are also now dreaming of future versions. One possibility is to miniaturize the current instruments, with a constellation of CubeSats in orbit around Earth: man-made stars keeping tabs on the many changes below.

As a child he loved to take things apart to learn how they worked, and the innovation of GRACE to measure the weight of our watery world inspires him. “I find it amazing that two boxes orbiting 400 kilometers above us can detect mass variations at the bottom of the sea.”