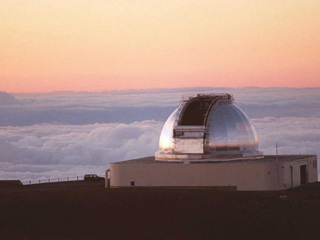 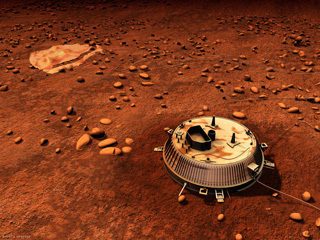 NASA’s Cassini spacecraft and ESA’s Huygens probe expanded our understanding of the kinds of worlds where life might exist.

With discoveries at Saturn’s moons Enceladus and Titan, Cassini and Huygens made exploring “ocean worlds” a major focus of planetary science. Insights from the mission also help us look for potentially habitable planets—and moons—beyond our solar system.

Life as we know it is thought to be possible in stable environments that offer liquid water, essential chemical elements, and a source of energy (from sunlight or chemical reactions). Before Cassini launched in 1997, it wasn’t clear that any place in the icy outer solar system (that is, beyond Mars) might have this mix of ingredients. By the next year, NASA’s Galileo mission revealed that Jupiter’s moon Europa likely has a global ocean that could be habitable. Since its 2004 arrival at Saturn, Cassini has shown that Europa isn’t an oddball: Potentially habitable ocean worlds exist even in the Saturn system—10 times farther from the sun than Earth.

When the Cassini mission started, scientists presumed Enceladus was too small to generate and hold onto the heat required to maintain subsurface reservoirs of liquid water. Cassini’s discovery of intense geologic activity near the moon’s unexpectedly warm south pole—complete with towering jets of icy spray—sent shockwaves through the space science community. After over a decade of investigation, the mission eventually determined that Enceladus hosts a global liquid water ocean, with salts and simple organic molecules, and likely even hydrothermal vents on its seafloor. Thanks to Cassini, Enceladus is now one of the most promising places in our solar system to search for present-day life beyond Earth.

Saturn’s largest moon, Titan, offered tantalizing hints that it, too, could help us understand whether life could have evolved elsewhere. Cassini and ESA’s Huygens probe (which landed on Titan’s surface) found clear evidence for a global ocean of water beneath Titan’s thick, icy crust and an atmosphere teeming with prebiotic chemicals. Based on modeling studies, some researchers think Titan, too, may have hydrothermal chemistry in its ocean that could provide energy for life. On its frigid surface, which hosts vast seas of liquid hydrocarbons, scientists wonder, could Titan be home to exotic forms of life “as we don’t know it”?